Reduction of cervical injuries and improvement of ergonomics in Antamina (Peru)

TORSA’s Human Vibration Exposure Monitoring System has drastically reduced cervical injuries to the operators of the vehicles of the Antamina Mining Company (Peru). The system is considered an essential tool to optimize mine tracks and to ensure correct ergonomics while driving.

In general, vehicle operators in a mining operation are exposed to various occupational agents that can affect health and ergonomics while driving: noise, dust, vibrations, diesel particles, etc. Within this group of occupational agents, exposure to vibrations stands out as one of the most invasive and risky agents for the personnel in charge of driving vehicles.

In 2017 and due to the occupational risk existing up to that date, Antamina expressed the technological need to be able to analyze and monitor in real time the vibrations to which the operators of their vehicles are exposed. The project target was to be able to alert in real time when the exposure safety levels established by the Occupational Safety and Health Department are exceeded.

Until that time, Antamina were experiencing a high rate of reports and medical leave as a consequence of cervical injuries and various events caused by vibrations that negatively affect the ergonomics of the operators during the performance of their duties.

After the excellent results and benefits previously experienced by Antamina thanks to the custom development and implementation by TORSA of its high precision collision avoidance system, the department of Occupational Safety and Health proposed as a new challenge to TORSA, the development of a system that would allow monitoring, analyzing and reducing the existing occupational risk due to human exposure to vibrations.

The objectives set by TORSA for this new technological development challenge were the following:

In less than a year, TORSA was able to develop a prototype adapted to Antamina’s needs that was successfully tested in the field at the Yanacancha mining operation on several occasions. Finally, in 2018, the design of the TORSA Human Vibration Exposure Monitoring System was completed, which was installed in the entire fleet of vehicles at the beginning of 2019. 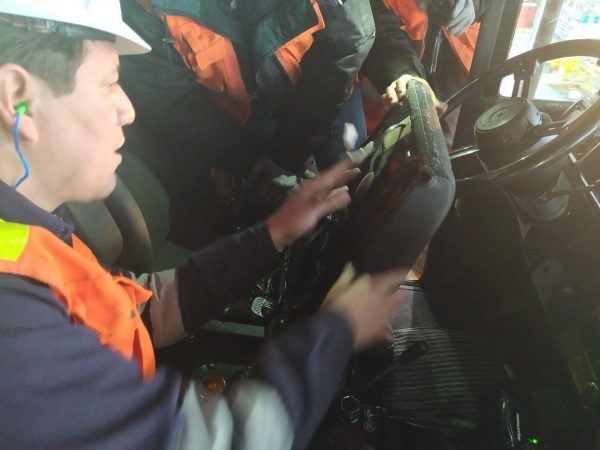 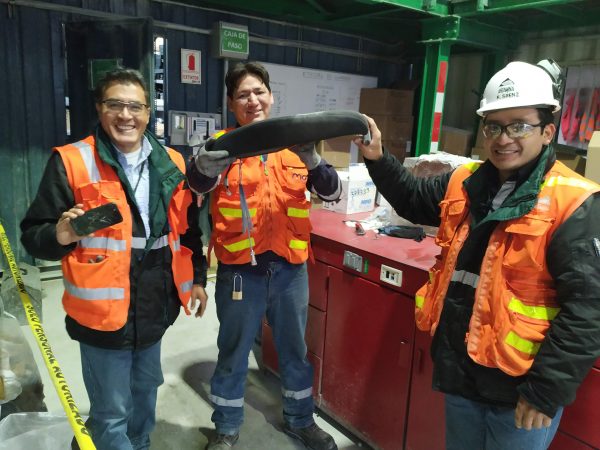 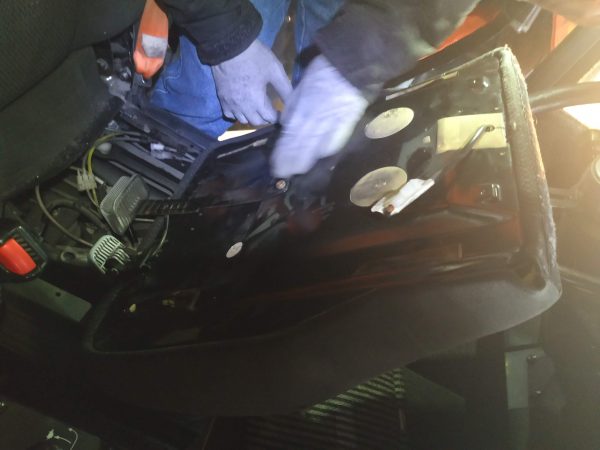 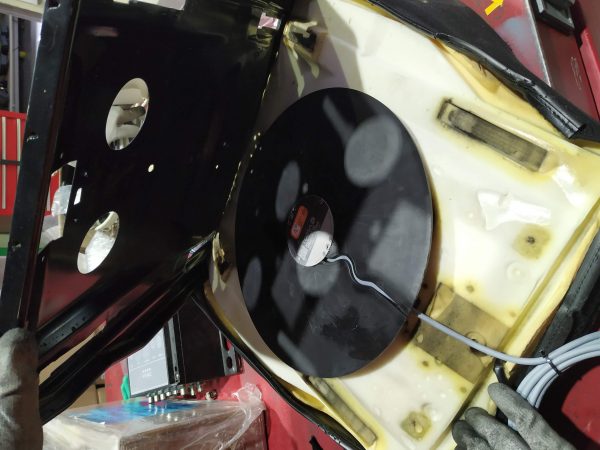 The way to analyze human exposure to whole body vibrations was done through periodic sampling. These samplings were carried out by not industrial designed measuring equipment oriented to domestic environments that were carried in the vehicles for a short period of time.

After removing the equipment from the vehicles, the data had to be downloaded to a computer and the data had to be analyzed by extrapolating the recorded data to the entire fleet of vehicles. In deployments of a large number of vehicles such as those in most mining operations, these samplings and subsequent extrapolations are considered unreliable and unrepresentative due to the large number of existing variables that do not act in the same way in each vehicle during its operation.

With the development of a system that allows to remotely monitor human exposure to vibrations in real time, a new paradigm has been opened in the measurement of occupational health agents and risks. TORSA’s Human Vibration Exposure System provides a new measurement and analysis system with 100% reliability, with real-time monitoring of vibration exposure and without the need for extrapolations or unrepresentative estimates. In addition, having provided the system with a robustness adapted to a demanding environment such as the one present in a mining operation, it allows the equipment to be operating 24 hours a day without being exposed to deterioration by external agents (dust, rain, etc.). 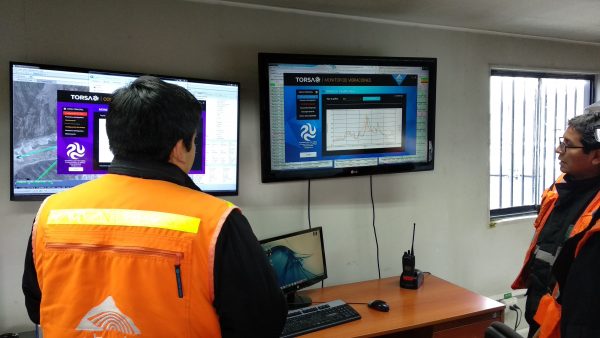 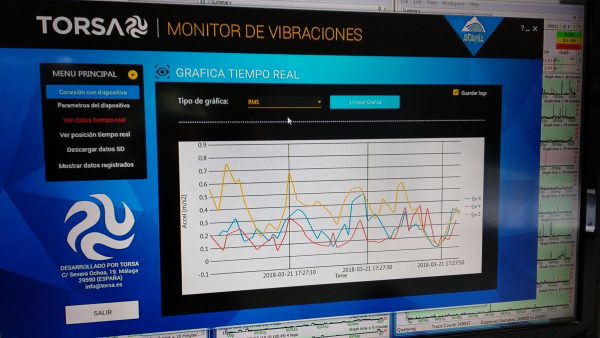 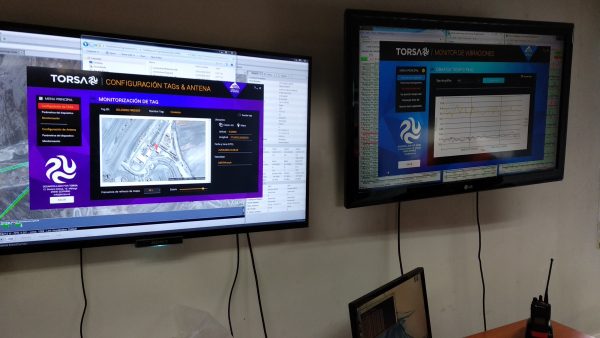 When designing and manufacturing a measurement device, TORSA’s team of expert engineers in industrial metrology designed the system according to the specifications and requirements of the international regulations associated with human response to vibrations (ISO 8041) and the evaluation of the human exposure to whole body vibrations (ISO 2631-1).

Once the design and manufacture of the system was completed, each of the devices was sent to an external laboratory accredited by ENAC, which carried out its calibration and subsequent certification of the system according to ISO 8041.

With this unique certificate for each unit manufactured by TORSA, Antamina Mining Company has legal and metrological support that guarantees that the data recorded and its integrity are in accordance with the international regulations that apply in this case. In addition, this certification serves as a support when facing any audit or legal process that may occur. 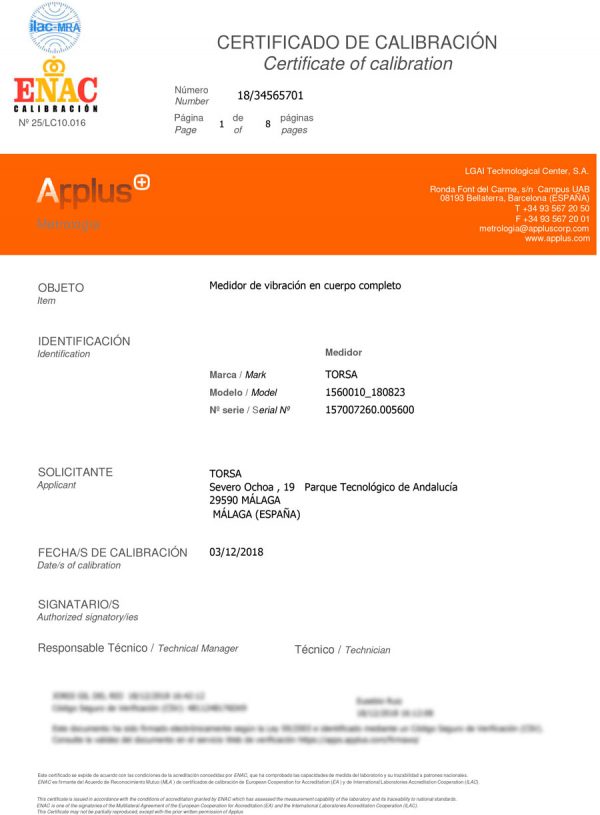 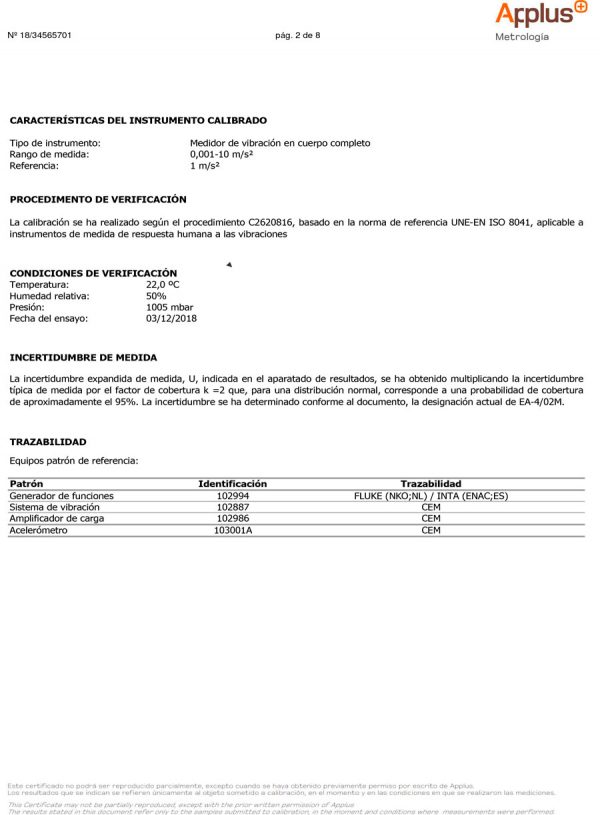 COMMUNICATIONS INTERFACE AND ADAPTATION TO THE MINE NETWORK

One of the main challenges TORSA faced during the development was designing a system with a communications interface that could be adapted to the existing mesh network in Antamina. On previous occasions Antamina tried to implement some measurement systems that were finally discarded due to not being able to customize the network parameters, since each device had to have an IP address and other parameters customizable by the IT department.

The system developed by TORSA allows complete customization for any type of network, since it has been equipped with Ethernet, WiFi and even 3G / GPRS communication interfaces through an internal SIM card.

COMBINATION WITH GPS DATA AND GENERATION OF HEAT MAPS

In addition to providing the system with a network communication interface that is completely adaptable to any type of typology, TORSA considered it necessary to include GPS technology in the device. By including the GPS positioning of the vehicle and being able to trace the positions and speeds with the recorded vibration data, a new range of functionalities opens up for various departments of the mine:

Generation of heat maps: by being able to link the GPS coordinates with the vibrations, it is possible to identify the areas of the tracks that are in worse condition and that generate vibrations of risk for the operators. By having this tool, the Antamina Track Maintenance Area can carry out preventive and corrective maintenance of its tracks according to their wear. In this way, in addition to serving as an occupational health tool, the Human Vibration Exposure Monitoring System of TORSA also serves as a tool for optimization and maintenance of tracks, being able to perform maintenance to the areas and tracks of the mine that really need it.

By optimizing the tracks, the wear on the tires of the vehicles is less and therefore the service life of the tires increases. After the start-up of the system in Antamina, it has been experienced that the expense associated with the replacement of tires has been reduced due to the increase in their durability and finally obtaining considerable annual savings. 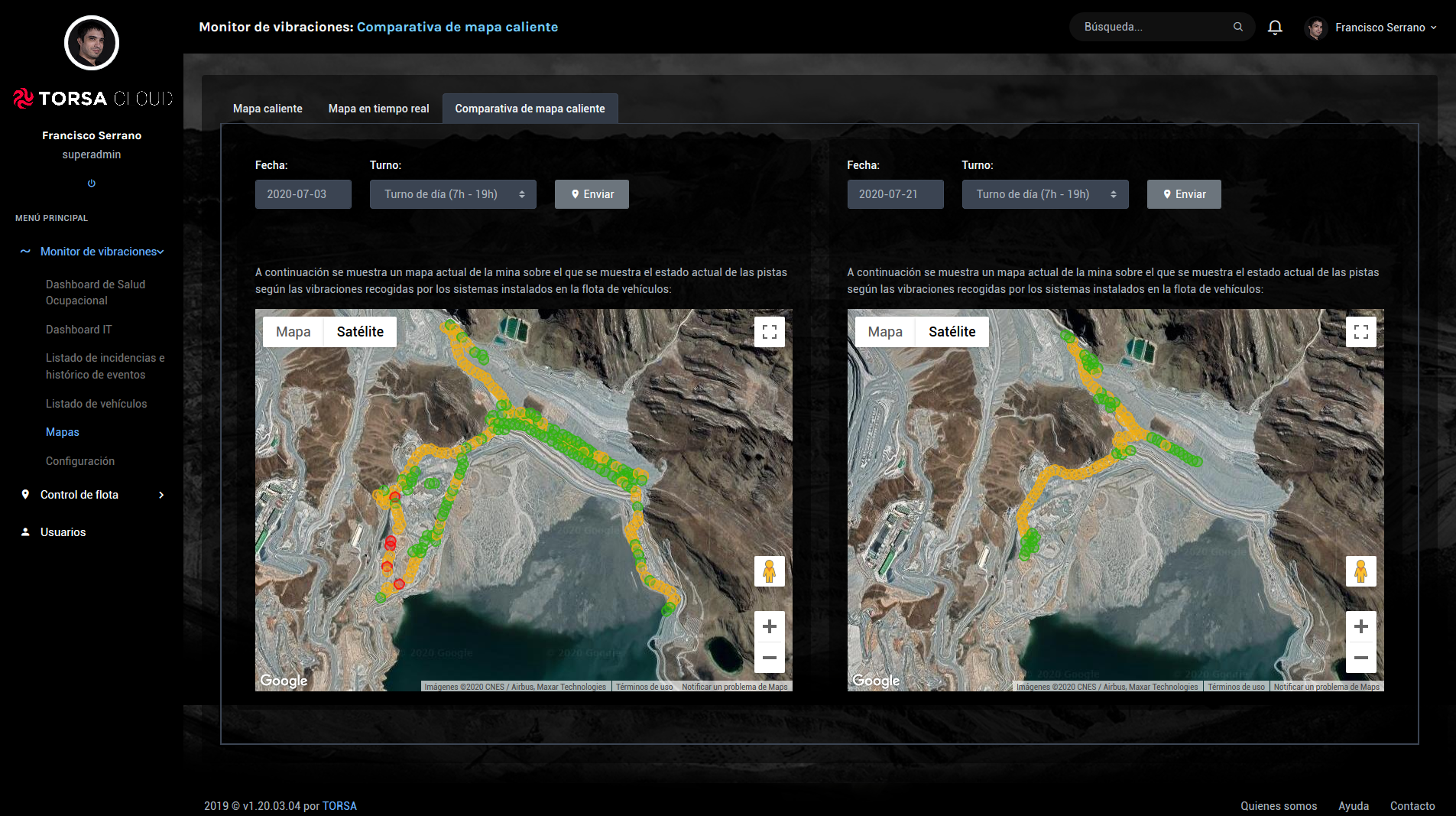 Analysis of loading operations: with the implementation of TORSA’s system, Antamina now has a tool that analyzes the loading tasks between the shovels and the trucks and identifies the situations reported as “lashes” when the load is deposited in the trucks incorrectly. In addition, with these data, the Antamina Mine Operations and Training Area can retrain operators who repeatly cause risky situations in loading operations.

Analysis of haulage and transport operations: by including GPS technology and having all the positioning and speed data and complementing this information with an internal inclinometer, the system is able to identify incorrect operations produced during hauling and transport of ore. Once the system is put into operation, the mine can identify and reduce risk situations in hauling, such as when a loaded vehicle moves at a higher speed allowed on a negative slope, considering this situation as one of the highest occupational risk at that operators are exposed.

TORSA’s Human Vibration Exposure Monitoring System has proven to be a reliable and necessary tool for Antamina to minimize occupational risks, optimize mine runways and improve the ergonomics and health of vehicle operators.

TORSA has a high precision proximity alert system for shovels based on LIDAR 3D technology. This system analyzes the interaction between vehicles and the shovel …

TORSA’s collision avoidance system for haul trucks and light vehicles analyzes interactions between vehicles and people to avoid collisions and accidents in mining operations. The …