Neptune Plus: Case study in Bidafarma

Serving more than 10,000 pharmacies every day, BIDAFARMA has managed to optimize its order preparation procedure, reducing claims by more than 70% thanks to the implementation of TORSA’s Neptune Plus System in its distribution centers.

Pharmaceutical distribution logistics is one of the most mature sectors in the logistics industry, where there is also a high degree of automation to guarantee tight delivery times and service levels. 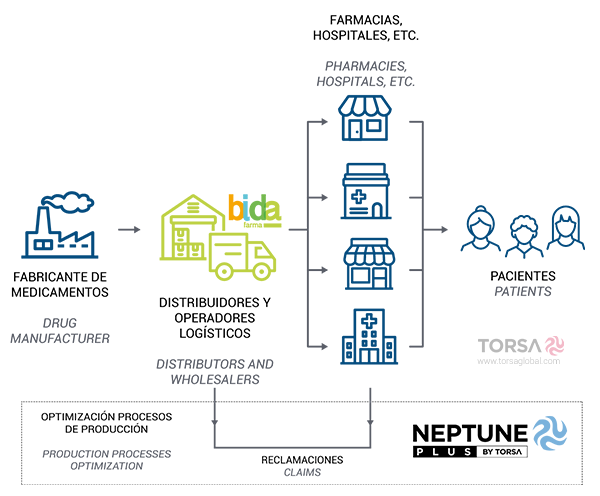 In order for us to have medicines, It is necessary the presence of an intermediary (distributor or wholesaler) who performs the distribution logistics from the various manufacturers and pharmaceutical laboratories to pharmacies and hospitals. In this way, in order to meet the population’s demand for medicines, there are various operators and distribution companies that carry out the logistics of reception, storage, preparation of orders and delivery of medicines and parapharmacy products.

The origin of Neptune Plus as an industry necessity

BIDAFARMA is a leading drug wholesale distribution cooperative that serves more than 10,000 pharmacies every day, and is formed after the joint venture of twelve cooperatives to confront with greater security the challenges of the national pharmaceutical sector. It was in one of these original cooperatives, COFARAN , where its engineering department contacted TORSA so that, due to its technological development capacity and experience, it could develop an image capturing system which could trace the order preparation process of the pharmaceutical warehouse. 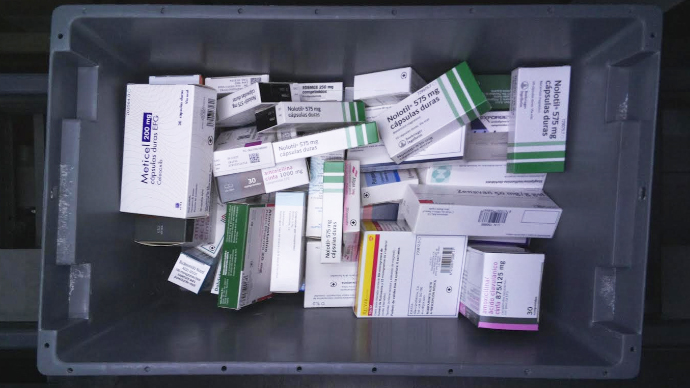 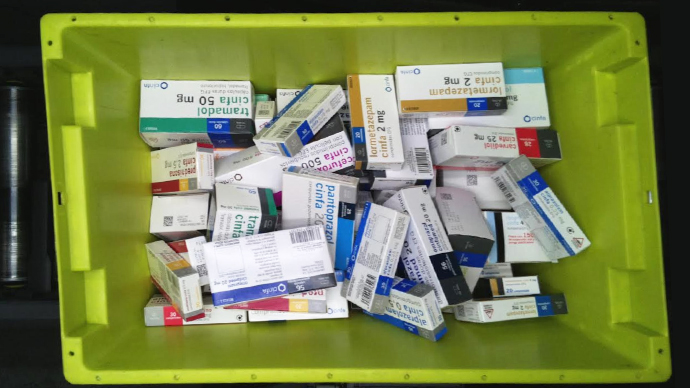 A key piece in the origin and development of the Neptune Plus was Emilio López, BIDAFARMA’s Engineering Manager, who was collaborating closely and advising TORSA’s engineering department regarding the needs that needed to be covered.. Once the system was developed and the first prototype was implemented in Malaga’s warehouse, the benefits of Neptune Plus were immediately experienced with a drastic reduction in the number of complaints. In just the first 3 months since the prototype implementation, BIDAFARMA experienced a decrease of the number claims received by its associates greater than a 70%.

After the success achieved with the first warehouse, BIDAFARMA decided to implement the Neptune Plus in most of its warehouses, offering a better service to its associates, reducing both the number of complaints received and the error rate in order preparation.

By placing a Neptune Plus station at each point in the warehouse where the contents of the bins are modified, and linking the graphic information with the data from the WMS, BIDAFARMA was able to have a tool that allows to identify whether the item claimed was dispensed or not by the logistics center, thus being able to take corrective actions in each case.

From the implementation of Neptune Plus , BIDAFARMA’s customer service department was able to manage complaints received from its members, identifying possible errors in order preparation and optimizing reverse logistics in the distribution of medicines.

These daily claims that were previously assured by directly paying the amount of the items claimed to the associates and customers, began to be managed thanks to the graphic records generated by Neptune Plus, to its integration into the company’s ERP and to the web platform for claims management and analysis of production indicators.

This meant that the investment made by implementing Neptune Plus was amortized in less than 6 months , considering the project a success by Bidafarma itself.

“Neptune Plus solution, developed by TORSA, has allowed us to have a simple and profitable claims management tool that has not only significantly reduced claims and order preparation errors, but has also contributed to improving the image that our clients have of our cooperative, since on many occasions they call us to check the traceability of their orders with the solution developed by TORSA ”.

Reducing errors and claims in the order fullfilment process

Neptune is the world’s leading system for quality assurance in shipping, whose mission is to provide the necessary records to guarantee the traceability of the …

BOREA is a system designed for the continuous logging and monitoring of data related to temperature and humidity, both in fixed locations (warehouses) and in …