Reduction of collisions and increase of productivity in Antamina (Peru)

In August 2015 a relationship began between TORSA and the Mining Company Antamina with the presentation to the mining company of development capacity and long experience developing systems of high technological level by TORSA.
Given TORSA’s extensive experience developing RFID-based systems, Antamina offered to test this technology in its mining operation, in order to minimize the risk that exists in loading operations, and reduce the number of events that were occurring in the interactions between the shovels and trucks, and cleaning bulldozers.

After the first field tests a few months later, both teams detected that a system based just in RFID technology was insufficient to cover the main objective set by Antamina:
To alert the operator of the presence of vehicles and obstacles in an area of ​​20 meters around the shovel with centimeter precision.
The operators demanded a system with a high precision to provide them and inform about the distances existing in their closest radius of action, from 0 to 5 meters from the shovel.

At that time, TORSA proposed to Antamina the joint project of development of a high precision collision avoidance system for shovels in which TORSA would contribute with all the technological development.
TORSA considered mandatory to meet the following characteristics:

Robustness: the system had to have a high degree of protection to be able to withstand the demanding environment of the mining operation, located more than 4,000 m above sea level in the Andes mountains and continually withstanding high exposure to dust, mud, thunderstorms, rain, hail, etc.

Accuracy : the system had to be endowed with high precision in order to alert operators of the blades of the existing risk, since it was identified that in order to alert reliably, it was essential to achieve an accuracy of at least 10 centimeters.

Reliability: the system should not have any false positives, it should be a totally reliable system to guarantee the safety of the operator and the vehicle itself, since a system that causes false positives would lead to poor reliability on the part operator.

Profitability : it was essential to also make the system economically viable in order to make your investment profitable. 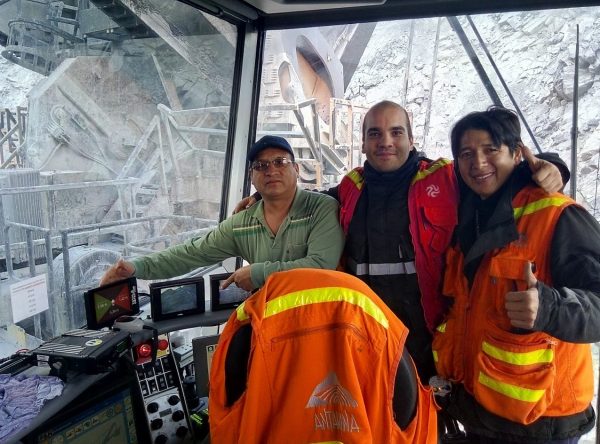 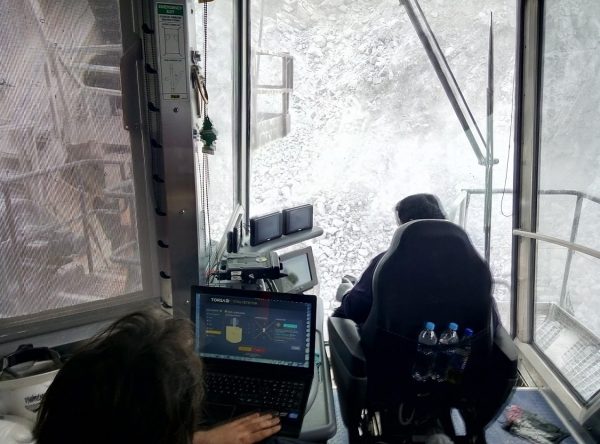 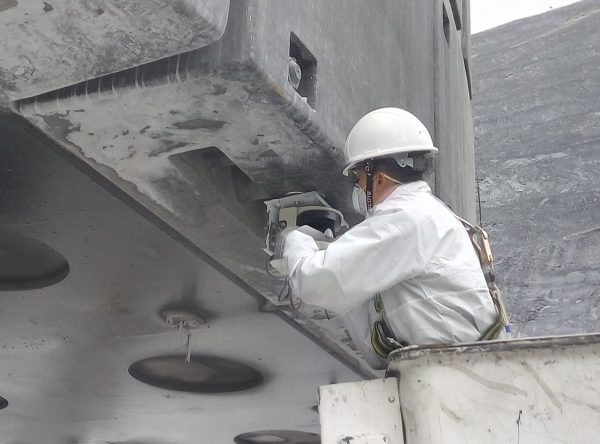 In just 6 months since the system development proposal and after a large number of hours invested in research, study and development, TORSA was able to design all the hardware, software, firmware and detection algorithm of a brand new system ready for commissioning and field testing.

The system, which was originally based on radio frequency detection, evolved into a new sophisticated system based on high-precision technologies (LIDAR, GPS RTK, etc.), with a complex detection algorithm capable of mapping the entire operational environment of the shovels , and alert operators in real time with a precision centimeter precision.

After 2 months of pilot testing , the system was accepted by Antamina and decided to install it the whole shovels fleet, and it has been running ever since with great satisfaction from the mine operators.

Additionally, the system was equipped with a powerful communication interface, which sends all the detection and event data from the system to the platform TORSA Cloud for analysis and continuous monitoring from the Antamina control center.

During the pilot test, TORSA personnel were able to interview all the shovel operators involved in the test and various aspects (alert sounds, user interface, etc.) were adapted and customized to guarantee their comfort and safety. The TORSA high precision collision avoidance system was able to meet all needs that the shovel operators exposed, as direct users of the system it was necessary to guarantee that the system was not invasive for them and alerted them at all times when a risk was detected in their area of ​​operation.

The system was conceived to increase the safety of the mining operation during the loading and interaction of vehicles, but after its implementation in the entire Antamina shovel fleet, it was observed that the system also benefits considerably to the productivity of the mining operation . This is because, by increasing the safety and making feel the operator more protected, the rate of trucks loaded per hour increases considerably. In a field study, it was determined that, after the implementation of the system, the shovel operators loaded an average of 2.5 additional trucks more per hour. 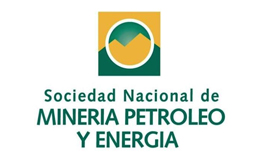 The National Society of Mining, Petroleum and Energy of Peru (SNMPE)  has awarded the 2019 Technological Innovation Award to TORSA and the Antamina Mining Company for the custom development carried out with the high precision collision avoidance system for shovels. Having been considered a success due to the drastic reduction of events between vehicles, increased safety in loading tasks and the increase in productivity experienced. 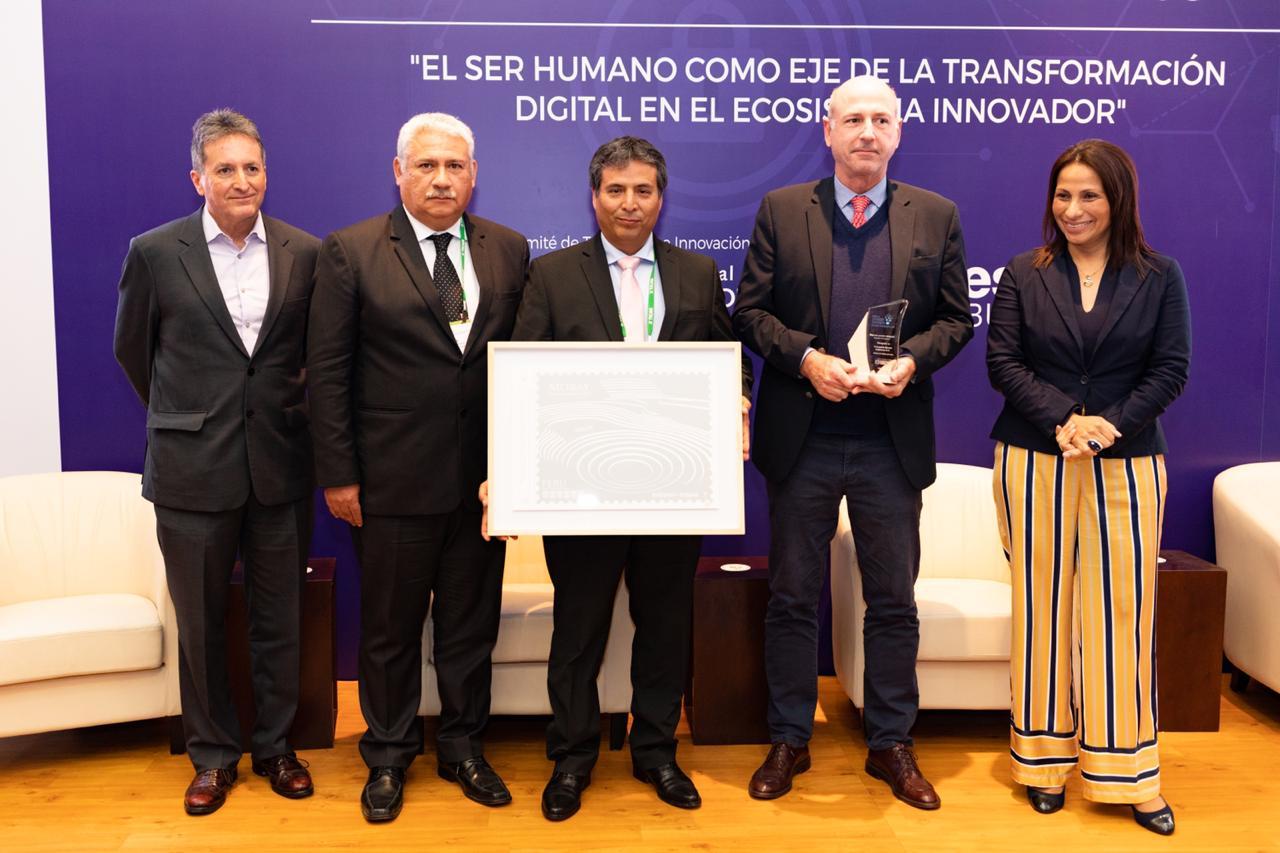 TORSA has a high precision proximity alert system for shovels based on LIDAR 3D technology. This system analyzes the interaction between vehicles and the shovel …

TORSA’s collision avoidance system for haul trucks and light vehicles analyzes interactions between vehicles and people to avoid collisions and accidents in mining operations. The …